This week’s series of daily itineraries in South East Asia brings us to the ancient temples of Siem Reap, Cambodia. Since we were here for only a short weekend, I’m going to quickly wrap up the weekend in today’s series. Want to know what I’ve done up to this point? Check out Day 1, 2, & 3 in Singapore.

Last we left off my friend Katie & I had arrived at our resort in Siem Reap with plans for a 4am start for Day 4. Our hotel arranged everything for us with a day-long tuk-tuk and even a boxed breakfast to take with us. Leaving in the dark from the hotel, our driver took us to the ticket booth for the Angkor village. We weren’t alone with the early morning start, finding lines of foreign tourists. The ticket booth has two areas to line up, one for a day pass ($37USD) and another for multi-day passes (3 days $62 or 7 days $72). While one of us waited, the other was able to grab some decent iced coffee to get us motivated for this early morning start. After about 30 minutes including taking a quick photo for the pass, we had tickets in hand and made the 15-minute journey to the massive Angkor Wat temple.

Upon arrival, our driver confirmed a 2 hour later pick up and left us to walk in the dark with the masses of people to grab a sunrise view. Now the waiting begins for the sun to rise with a couple thousand others. We, unfortunately, had a day with overcast, so the colors weren’t so magnificent but the daylight brought an incredible view to the massive temple.

After you’ve had your Instagram moments, you are then allowed to explore the insides of the temple. With respect to the religion and culture, people are expected to cover their shoulders and knees, making the exploring a bit sweaty after some time, even at 6am. After about 45 minutes of climbing the inside and out of the temple, we passed through a small street market filled to the brim with small souvenirs from pants & tank tops to straw hats while other options included artistic leather cut-outs and paintings, all negotiable with the aggressive sellers. After a couple of small purchases, we made our way back to the tuk-tuk but not before passing wild monkeys that wait by the exits for tourists’ food.

Inside Angkor Wat – the largest temple in the world, beginning as a Hindu temple later transitioning to Buddhism & declared as UNESCO Heritage Site in 1992.

Beginning with the largest and most well-known temple, our tuk-tuk then took us to several smaller temples over the 500 acres of land reserved for the heritage site. One can literally spend days exploring the massive lands, but we made our trip through the early afternoon until the sun rose and made an exit before the temperatures became too hot. 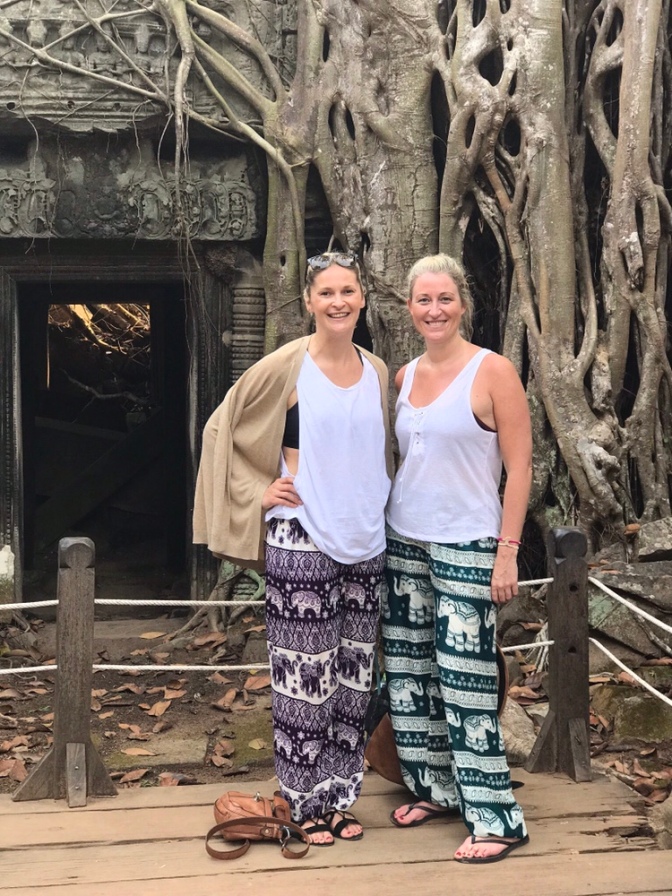 3 stops from several of the different Angkor temples

Our tuk-tuk brought us back to the resort where we made use of the pool by having lunch and beers before a well-deserved nap. 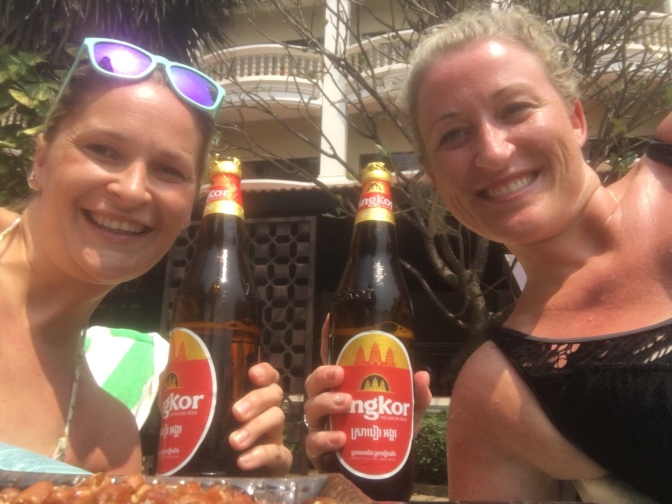 Our resort, Borei Angkor Resort & Spa, also hosts a cultural dance and dinner every Tuesday and Saturday evening. Instead of venturing out, we opted for the dinner and show which was not the least bit disappointing. 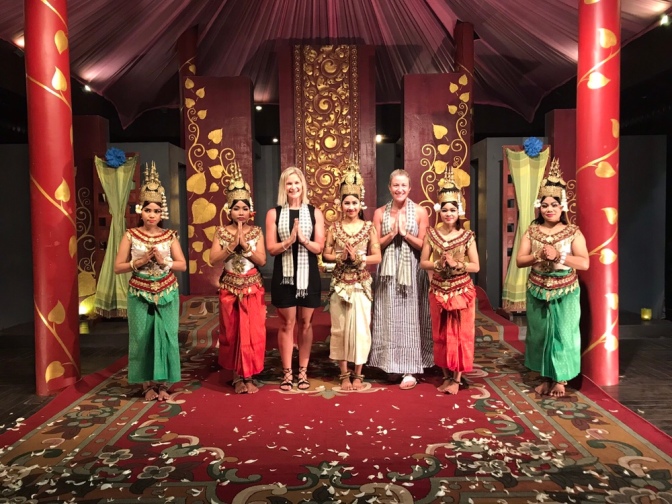 That evening we ordered another tuk-tuk from the hotel to take us 10 min down the road to the infamous Pub Street. This is a section of town that hosts the nightlife including bars and restaurants, massages from a person or a foot massage from fish, fried scorpion on a stick, homemade fried ice cream and the night market. Fantastic, lively place that should not be missed if visiting Siem Reap. 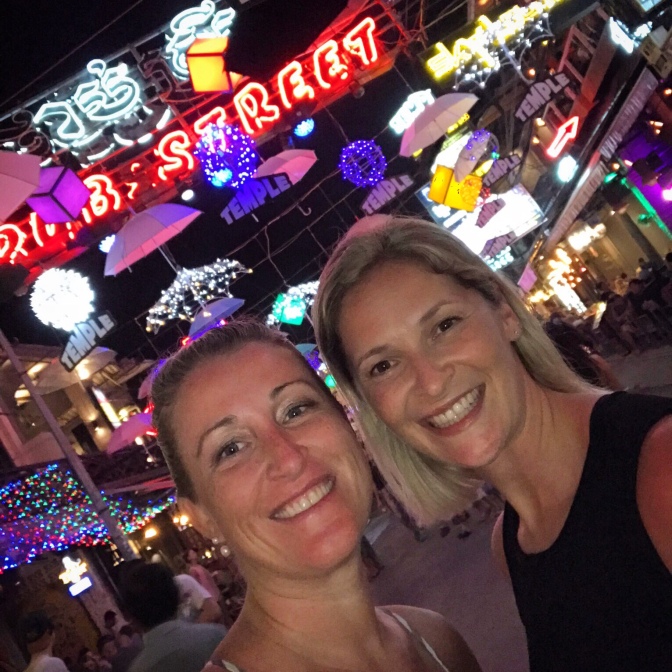 An eventful day led to a good night’s sleep where we returned back to the pool on Sunday morning (Day 5) before we headed back to Singapore with an afternoon flight. Next week I’ll give you my Day 6 last, long-running route in Singapore prior to my Paris Half Marathon, where I hit up Arab Street, East Coast Park, and the Botanical Gardens.

One thought on “What to do in Siem Reap, Cambodia from One Runners Perspective. A weekly series of daily itineraries : Day 4-5”