I’m always searching for something interesting to see or do, to broaden my horizons or purely satisfy my curiosity.

Luckily for me, I’m living about a 30 minute drive away from the annual Mondial Air Balloons held at Aérodrome de Chambley in Hagéville, France.

It’s an annual week long international Hot Air Balloon Festival held at the end of July. Several countries participate with, weather depending, morning and evening flights.  People can come watch and peruse local vendors with outdoor activities for the kids. And best of all it’s free.

This year was particularly special because they were planning for what’s called “La Grande Ligne”. This was a plan in hopes for the most hot air balloons to take off at once, to set a world record. The days for take off kept shifting due to storms and wind but finally was set for a 6:30am on Friday July 28. I didn’t want to miss it!

I woke up at 4:30am and drove the half hour to claim a front row view. Then I waited. I wasn’t alone with some other brave early risers but the weather was cool and damp, with no indoor waiting area, and nothing to look at. We were staring out to empty runways and I think most of us were hoping we were in the right area. We waited some more as 6:30am came and went with no action. But around 6:45am we started to see cars with trailers, what seemed like thousands, driving out to line up on the runways. This went on for a good 45 minutes. Then the pilots and crew started setting up by laying the ballons on the ground, attaching baskets or single seats to the balloons, checking the ignitions of the fire and then started to blow the balloons up. What seemed to take forever and seemed like thousands of balloons, was actually 456 balloons that anti-climatically lifted off around 8am. With a suttle wind, the balloons were seemingly all in flight and began quickly drifting north all within minutes.

I grabbed as many photos as I could and ran to catch a great action shot. I watched them raise higher and drift more north as I made it back to the car and started to drive home (which was north). So surprisingly for me, I got a great view of them as I headed back home. 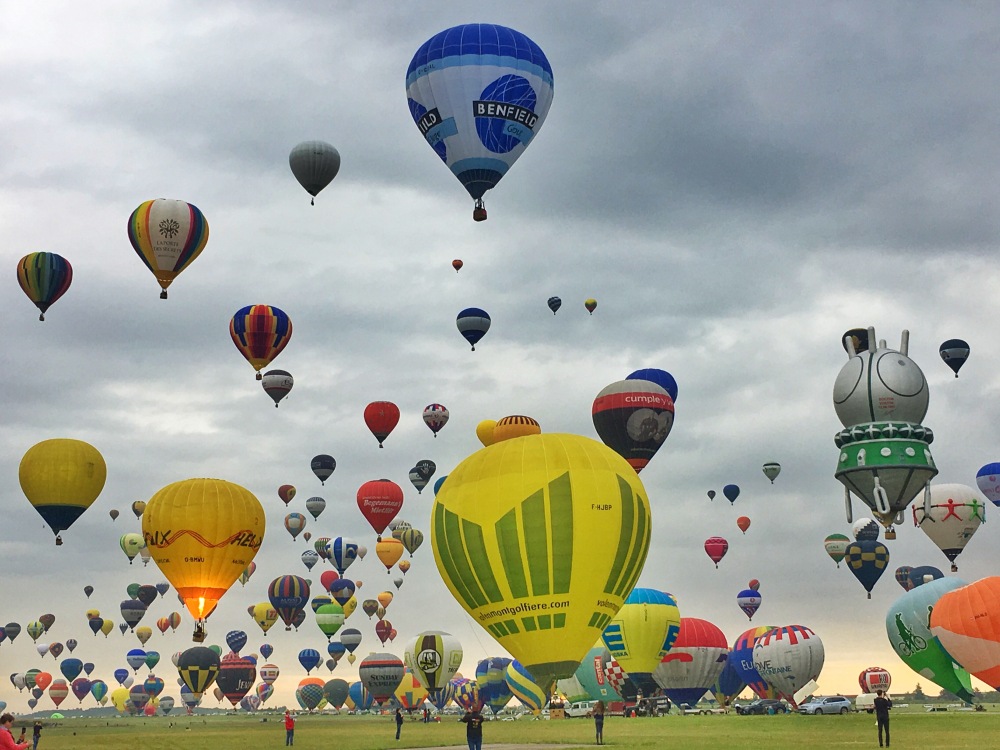 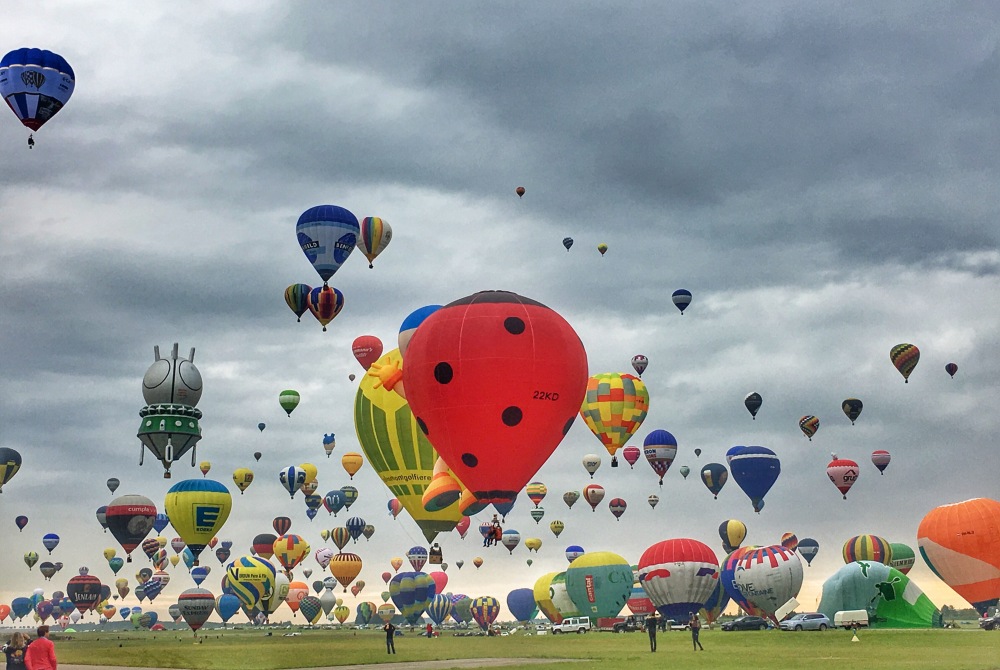 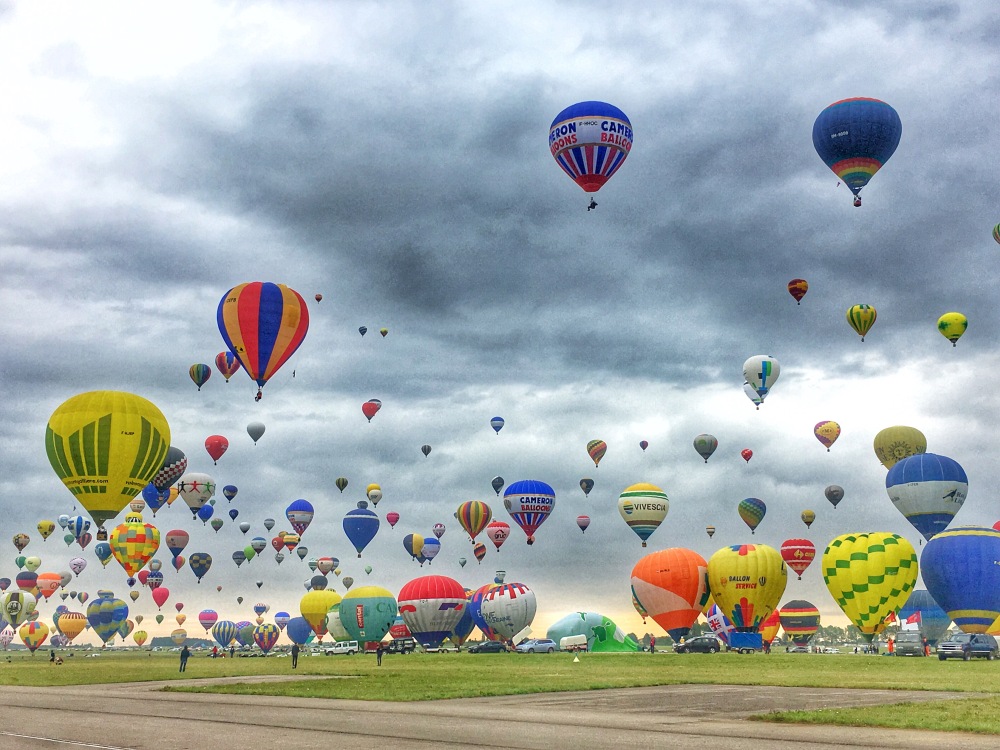 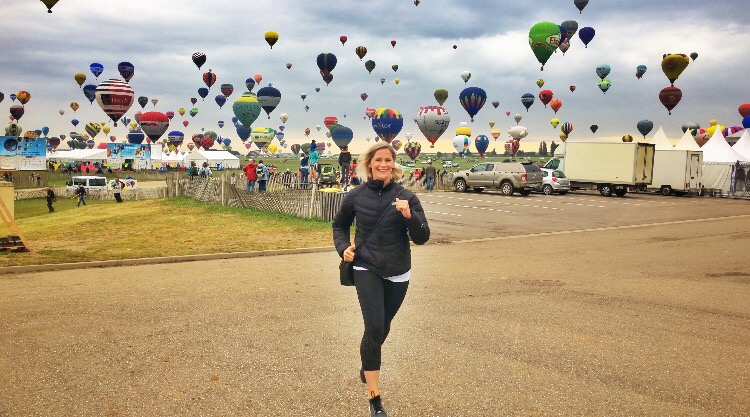 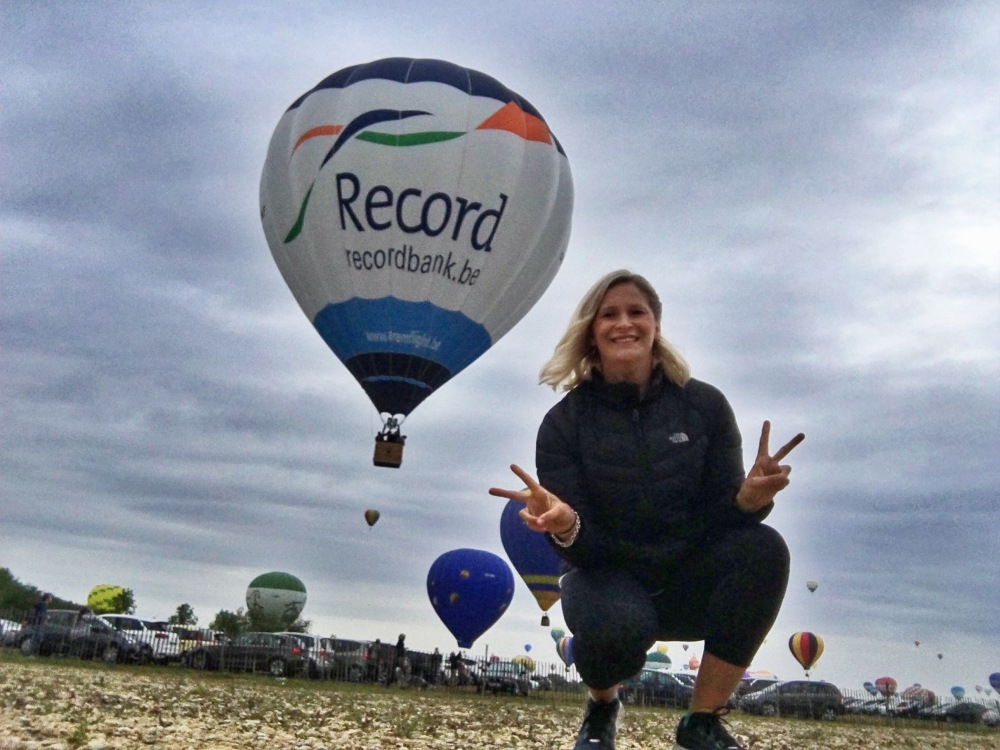 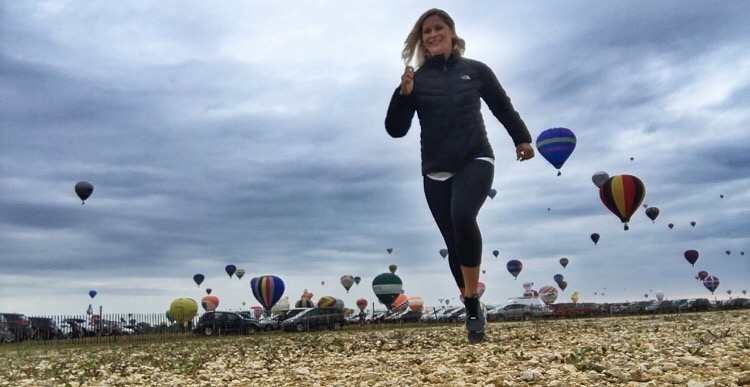 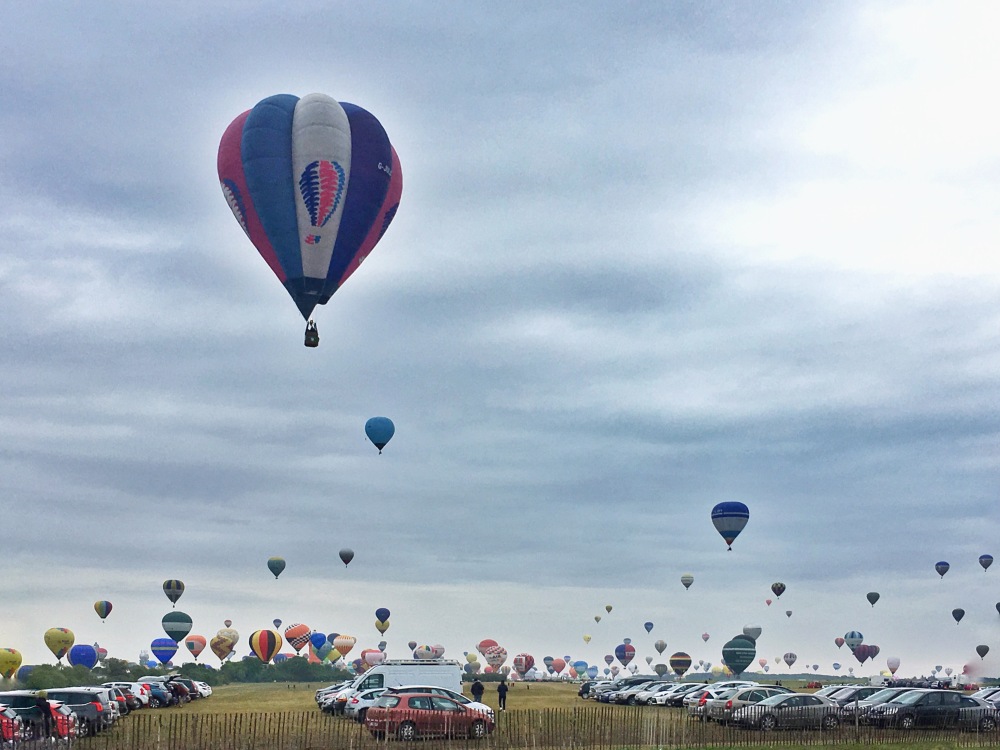 Such a cool experience. I highly suggest catching a festival, maybe next year I’ll make friends with a pilot and be on one!