Earlier this month, I had a random Friday where I had no clients which meant no work. What does one do? They take an impromptu road trip to Rochefort, Belgium.

The reason Rochefort stuck out to me was that it was only an hour and a half drive from Luxembourg and a previous client of mine told me they went there with their kids to explore the natural caves. And because I’m a kid at heart, I wanted to explore them too.

After an easy drive without any traffic, I came upon the center of Rochefort. A quaint town with a castle overlooking the little shops, restaurants, and a cathedral. It was cute but I had the impression there was little to do outside of the previously mentioned activities for tourists.

After stopping by the office for tourism, I learned my assumptions were correct in that there was very little more to see. However, when I asked about the caves, I learned they were actually about another 6km drive away.

The name of the caves is called Domaine des Grottes de Han. Located in an even smaller village, the entrance could easily be missed and interpreted as a small shop, which indeed it was as it acted as the ticket booth and souvenir store.  Once inside I learned the tours go every half hour and last a little over an hour and a half. You had an option to just do the tours or they also had an option that included the tours with a “safari” ride to see groups of animals in natural habitats. I opted for just the cave tour and even saved 2€ by purchasing the ticket online (17€). I was then led out back of the store to wait, with about 25 other visitors, to hop on an open-air train that would bring us 10 minutes away to the entrance of the caves.

Upon the entrance, I discovered that the tour guide typically speaks in French or Dutch, however, he did speak English as well for myself and a family from England. Walking through you learn about how and why the temperature remains about 13 degrees Celsius consistently and how stagmites and curtains and other terms for natural formation occur. You also learn about how 280 million-year-old sea crustaceans and coral makes up the limestone. We saw so many beautiful natural architecture while learning it takes about 100 years to build 2cm of formation and at the same time, the masterpieces are constantly ever-changing. There’s even a 5 minute light and music show inside. After walking through, you are let out about a 10 min walk back to the village. 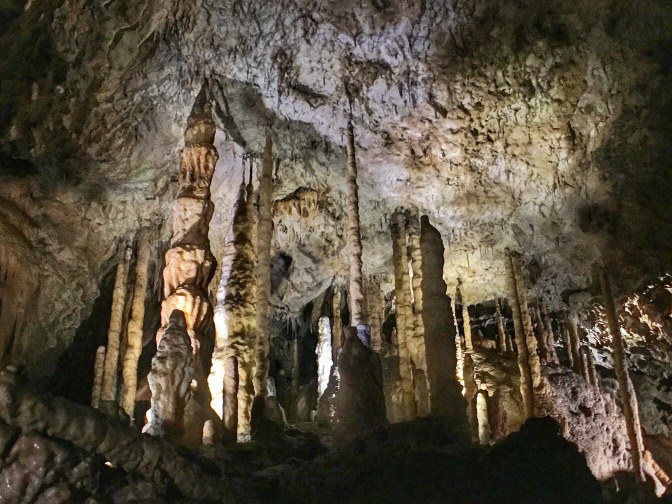 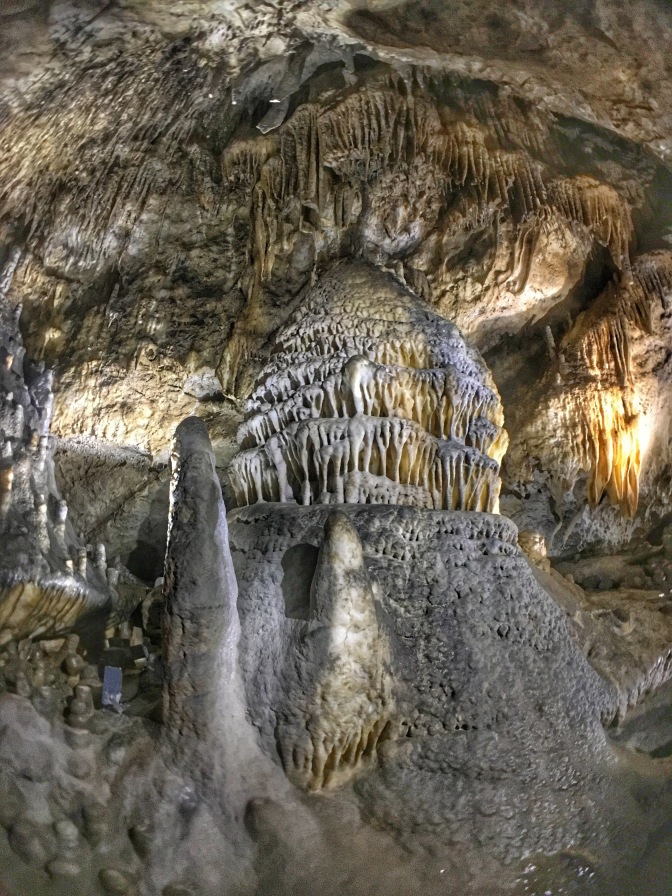 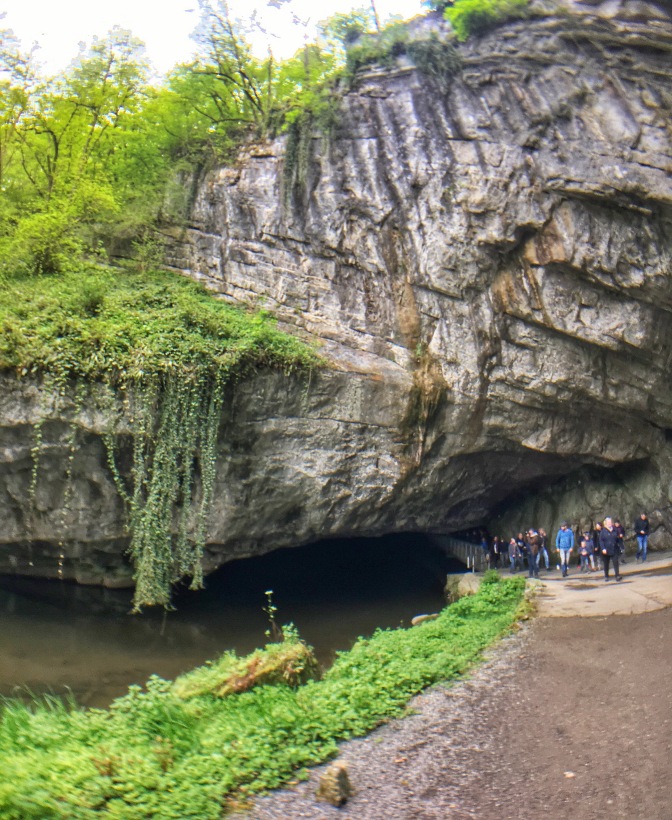 Domaine des Grottes de Han is definitely an affordable attraction and a must-see for adults and children alike.