Let me start from the beginning.

I became a Beachbody coach in March of 2015. Here are a few reasons why

I had been seeing more and more friends on Facebook become involved with Beachbody. I was surprised at how many people were doing the programs. As a user for 9 years, I had only had discussions with a handful of people who had even heard about the late-night infomercials to purchase P90X let alone those who actually participated in the programs or ultimately finished the 90 days. In fact, throughout the 9 years, I met several patients who were injured because of the program because they were middle-aged or weekend warriors trying to pump out 55 pull-ups and 100 push-ups in the first week without any baseline or correction of form. I thought that being a coach and user of the products I could educate others on modifications.

Ultimately when I reached out to decide if being a coach was right for me, the timing was then that I already knew I would be moving overseas within the year and I wanted to bring in some extra money by participating in something I was already fond of. Then I learned what it meant to be a coach, you pay an up front fee then a monthly business fee and have to be a consumer of the Beachbody shake called Shakeology. Before this moment I had never heard of Shakeology as I had only ever purchased workout programs but honestly didn’t even know they made supplements. After doing a little research on the ingredients and benefits of the shake (which is not marketed as a protein or meal replacement shake but more of a daily dose of the nutrients you should be ingesting. Another way I like to simplify it is to compare it to a fully loaded multi-vitamin along with digestive, cholesterol, and energy improving agents). I was convinced of its superpower benefits and trusted the Beachbody name already so it wasn’t a hard sell for me. Then I learned about the price. A non-coach pays $150 for a 30 day supply. A coach gets a 30% discount for $115 (but remember there is a $ 17-month business fee but you still are saving around $30) and I’m a sucker for a good deal. So even though I was trying to save, and in fact, make more money before my move internationally, I was going to at least spend $130 a month to start earning money in my new found self-employed business. 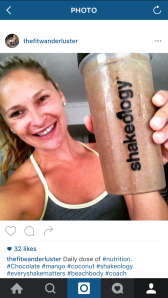 Now the semantics for the business is this. You sign up through a coach who is doing the same as you, who has signed up through a coach doing the same as them and so on. So the people who started their business back in 2006, when I was doing my first round of P90X are in fact millionaires today. God bless them, they got in at the right time and are set for life and sought after speakers at entrepreneur seminars and YouTube videos. The rest of us a little late to the party, definitely have the ability to gain excess income but there is a ranking system of Emerald, Ruby, and Diamond and the only way to build your team and business is to sign on new coaches who build their businesses of collected people who also grow on becoming Emerald, Ruby, and Diamond. And the higher the rank and the more people below you who continue to grow in rank, the higher your commissions become. All of this information can be found on the internet.

I started my business strong and within a month I was ranked an Emerald and making $50-250 a week without feeling too much of a salesperson, I just spoke the truth on Facebook and Instagram about what I was doing and why and people became interested. This was covering the cost of Shakeology and I was now making extra money for my move. I was on a roll. I attended last years coach summit in Nashville, TN with 15,000 other Beachbody coaches and got to personally workout with the celebrity trainers I had been watching on my TV for the past 9 years. There were seminars on personal and business growth and the atmosphere rocked. A bunch of healthy people working out, feeling self-empowered and partying the night away. I was all in. I was doing personal development daily, reaching out to friends on Facebook, talking the talk and walking the walk as a user of the product, running social media healthy eating and workout accountability groups with my team, and created The Fitwanderluster Instagram, blog, and weekly free workout group at the Boston Esplanade. I had some haters but I loved what I was doing and it was all coming together. 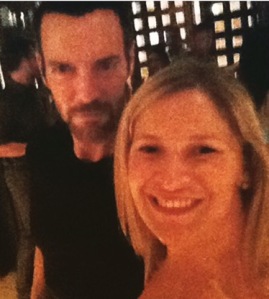 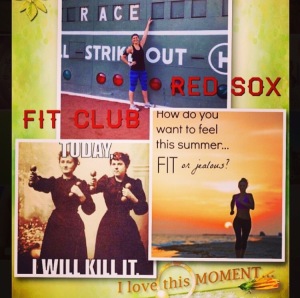 But then I lost one coach below me, lowering my rank and my commission wasn’t as high anymore. I started to see that my story also didn’t reach many of my groups of friends on Facebook because they couldn’t relate to my story. I feel people who have kids/families or have weight to lose have more success in this business because of the relatability compared to my story of a 30+ non-married and childless female who’s always been active and just trying to take in more nutrition by healthy eating. Then I moved and they don’t sell the products internationally, and then Shakeolgy became too expensive as I was having it sent to my dad’s house in the US and he was shipping it to me in France but the shipping alone was $50 making the product more than its original price with not being a coach. So just like any small business, I was dealing with some rough times.

In conclusion, I’m still a huge fan of Beachbody and their products and the way they can help others learn about the food they should and shouldn’t be eating and programs that can get you started off in the right foot towards a healthy lifestyle especially when starting with modifications (as I do believe the programs are pretty advanced). My priorities shifted with my move and marathon training. There is a way to make money with this business but you have to be willing to work every single day for it as you would being a store owner. If you close down for a week because of vacation or simply get frustrated because you aren’t making money quickly believe that your company will feel the effects. But my circumstances personally makes my Beachbody growth difficult. You can bet though if and when they start to make their way into Europe, I’ll be back to full speed again. But until then I’m just happy focusing on blogging, exercising, and eating well. 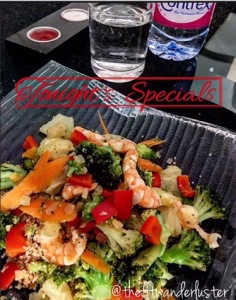 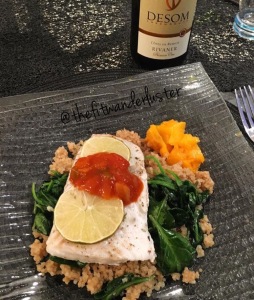 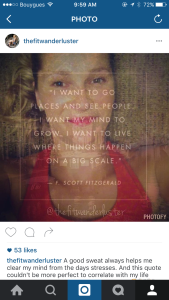 That’s my story. I’m still The Fitwanderluster and love posting my workouts, runs, meals and healthy tips and motivation on Facebook and Instagram, whether I make a dime from it or not ☺️

Although Beachbody is not my top priority, I am always up to discussing coaching, the programs, the meal plans or supplements, as I’m a fan. Feel free to reach out to me one of several ways: